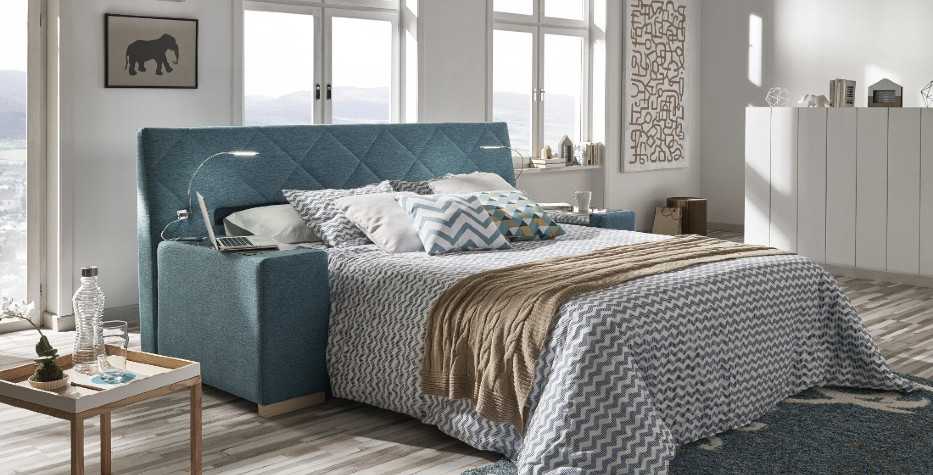 Suinta: “The contract will have a slowdown until the end of the year and a quick recovery in 2021”

The manufacturer yeclano, national leader in sofa beds and international reference of the channel of decoration of professional spaces, believes that the COVID will strengthen the innovation in search of sustainable furniture and connected to the Internet.

It is said that another crisis, the ‘crack’ of 29, gave rise to the invention of the sofa bed, when the Italian-American Bernardo Castro knew how to take advantage of the new needs of consumers, who were saving on the purchase of furniture. This hybrid between a sofa and a bed has achieved excellence in SUINTA’s laboratories and manufacturing rooms, where it is not only innovating with designs but also with the use of antibacterial upholstery, non-petroleum-based foams and recyclable structures. From Yecla, where the large industrial conglomerate of Murcia’s furniture industry operates, the brand founded in 1990 has been able to capture and incorporate into its models the answers to new needs. “We already installed sensors on the product and adapted them to home automation, but now connectivity will be much more important with this millennial generation”, states the head of the company’s Contract area, Antonio Vicente Salvador Sancho.

A SECTOR WITH MORE MUSCLE

The furniture sector has not been spared from the footprint of the health crisis when it was still reeling from the economic depression, although this standstill has surprised it in the midst of the international expansion of the contract channel. In 2019, the Yecla furniture industry increased its exports by 9.2% to rank eighth in the national table of communities selling furniture abroad.

It had consolidated traditional markets, such as France and Portugal, while rapidly expanding its presence in China, the Caribbean area and Qatar. The United States increased its purchase of Yecla-made furniture by 20.7 per cent in a year of progress with the sole exception of a 9.7 per cent drop in orders from the United Kingdom due to the commercial impact of the Brexit.

In order to concentrate efforts on the internationalisation of furniture from Murcia, INFO had created the Plataforma Contract in 2015 with some 30 companies determined to gain a competitive advantage when tendering for large installations projects, from hotels to public areas. For Salvador, “this support makes us look better abroad and facilitates access to foreign developers”.

With this new muscle that strengthens the sector, SUINTA’s contract manager believes that the epidemic “will generate a slowdown until the end of the year and a rapid recovery in the two semesters of 2021, with a greater acceleration during the summer of that year.

EXPECTATIONS FROM LESS TO MORE

Salvador Sancho reached the State of Alert in the middle of his return from Central America, where SUINTA has strengthened its furniture in recent years. Far from renouncing to a market that “complements us in the seasonal change”, it maintains its expectations for the year 2021. “There are projects that are paralyzed because of this hiatus, others already signed that will be resumed, although it gives us a margin of several months for production, and then there are those approved for 2021 and 2022, with which we have absolute confidence,” says the firm’s representative. This injection of orders in the medium term, most countries in the Caribbean area and the United States, remains alive in the agenda of the brand yeclana. It hopes to take advantage of its brand’s good position in the United States. “Working with brands like Four Seasons puts us miles ahead,” he says.

The closer horizon offers more uncertainties, since “Spanish hotels are closed and do not know either the date of reopening or the result, so what would come in the fall on plans for reforms is stopped. Neither do Spanish investor projects abroad have a clearer outcome. The inevitable dependence on the tourism sector has overwhelmed the contract in its fall. “Tourism is a burden right now, but the biggest uncertainty now is whether there will be any projects alive in the fall,” explains Salvador. Because of the logical sequence of this hiatus in hotel establishments, he believes that “investments will be smaller because there will be fewer financial resources and, since there will be less wear and tear on materials, perhaps there will only be aesthetic touches. On the other hand, the continuous renovation of hotels, as a strategy to attract clients through new experiences with themed decorations, favours furniture manufacturers.

SUINTA’s director believes that the Yeclano furniture lobby has strengths to overcome a new economic cooling. “In Yecla we have the advantage of atomization and specialization, which allows us all to subcontract parts of the product to specialists and then assemble it,” explains Salvador. This configuration makes factories lighter and more flexible, although the expert warns that “there will be a time of suffering”.

THE CHANGES OF THE POST-COVINE ERA

This time of suspense makes the contract market expert think that the world will change after the confinement. At least the hotel dynamics to which they will have to adapt. “There will be more social distance and less capacity in the common areas, so it will have an impact on the number of guests and therefore on the final investment,” calculates Salvador. He foresees the main changes in “the common areas of the hotels, where they will need more square meters, so the furniture will have to follow these guidelines.

Innovation will once again help to overcome the crisis. SUINTA clings to the sofa bed as a brand icon, although in a 21st century format. “We have already designed some covers to be easily washable and disinfected and they have been redesigned with anti-bacterial materials”, assures the company representative.

The incessant search for new, more sustainable materials has already begun some time ago, since “it is a question of incorporating solutions for the consumer”. “In the last two years we have changed the type of mattress several times, to make it more breathable”, he points out. In this ongoing evolution, the company’s R+D team plays a major role, and their achievements are added to those obtained by means of external research projects on new materials. “It is linked to internal technification to reduce and optimize manufacturing processes with a method of working to order with fast response, which avoids us accumulating stock,” indicates Salvador.

The gale of the epidemic reaches SUINTA just on its 30th anniversary, with a young but powerful contract legacy. According to its head, this impasse “is helping the company to implement new manufacturing and management processes, and to incorporate a new website”, although it is clear to him that “as soon as possible I will be travelling again, as we have pending missions to emerging markets like Colombia and Peru”.